Meet the people behind NEW Growth Alliance. Our staff and specialists are here to answer your questions, connect you to resources, and put your business on a path to success. 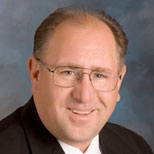 Phil is a Wyoming native and has lived in the state most of his life. Phil graduated from UW with a BS degree in Computer Engineering. After graduating Phil and his family moved to Seattle Washington where Phil worked as a design engineer and Project Manager for The Boeing Company on several different military and commercial airplane projects. Phil has continually added to his education earning several certifications and a Masters in Business Administration (MBA) from the University of Wyoming.

In June of 2014 Phil accepted the position as CEO of Campbell County Economic Development Corporation and he and his family moved to Gillette. They are very excited about the move to Gillette and have been warmly received and welcomed to the community.

Phil is excited to continue the work of economic development in Campbell County. This area has incredible opportunity for growth and diversification. Phil believes that working together as businesses, communities, and individuals we can strengthen and grow our existing businesses, recruit new primary type businesses and help new entrepreneurs with new and exciting opportunities. He is excited to help lead the future growth and development of Campbell County. 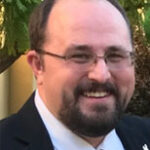 Robert Briggs currently serves as the Planning Director for the Northern Wyoming Community College District in Sheridan Wyoming. Prior to moving back to Sheridan, Robert served as the Planning and Development Director for the City of Cheyenne. Raised in an Air Force family, he had the opportunity to grow up in communities across the United States, and overseas in Turkey and England. As a young adult he also lived in Brazil, where he met his wife. Robert holds a Master’s Degree in Sociology from Utah State University, and Master’s Degree in Regional Planning from the University at Albany. He is a member of the American Institute of Certified Planners (AICP).

Robert moved to Sheridan with his family in 2004. An active member of community’s Economic Development Taskforce, he also serves as the administrator for the Sheridan Economic and Educational Development Authority (SEEDA) Joint Powers Board. Robert is a graduate of the Sheridan CiViC Project, and participated in initiatives connected to the Center for a Vital Community’s community dialogue on poverty. In addition to serving on the WEDA Board of Directors, he also serves on the WEDA Legislative Committee. 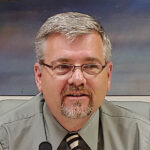